For 25 years, Villa Decius in Krakow has been a place of creative work and refuge for artists and scientists who have been persecuted in their countries of origin. The historic palace is one of the oldest and most recognizable places not only on the literary map of Poland, but also Central and Eastern Europe, where various scholarship and residency programs are carried out. It is no coincidence that it was in Villa Decius, which for centuries has been a space for exchanging ideas, a refuge of tolerance, dialog and freedom, a place of meetings of people from different cultures and traditions, where the idea of the first international resident programs in Poland was born. Thanks to the inspiration of cultural personalities such as Wisława Szymborska, Karl Dedecius and Albrecht Lempp, scholarship programs for Polish and foreign writers and translators were launched in the 1990s. Since then, the Artistic Residency Center has operated continuously in Villa Decius. It is a space of extensive and constantly evolving scholarship and residency programs, run in a wide international partnership, which has hosted over 120 artists and scientists from around the world. It is here – in the Renaissance palace surrounded by a beautiful park – that writers, artists and scientists find a peaceful refuge to create, develop new ideas and meet new people, to work on their scientific and artistic projects safely, to broaden their perspectives, inspire each other, learn and dialog with other cultures and traditions.

The Villa Decius Institute for Culture continues and develops the tradition of residential and scholarship programs, and remains to date a venue for meetings of artists from all over the world, as well as a place of refuge for creators and scientists persecuted in their countries of origin.

The Villa Decius Institute for Culture will run four major scholarship and residency programs in cooperation with numerous partners:

The Residency Program of the International Cities of Refuge Network (ICORN) for prosecuted writers and artists;

Scholars at Risk (SAR) Network Residence offering a safe stay for the academic semester and logistic support for scientist exposed to persecution.

Every residency program includes a monthly scholarship and housing at comfortable rooms located in Łaski's House - a rennaissance palace's outbuilding.

At Artists' Residencies Centre we do our best to provide the residing artists with vast opportunities for professional development and for promoting their work in Poland. We also helps them engage in local literary life, as well as explore Krakow's history and cultural heritage.

The stipends and residencies are accompanied by a publishing series that presents the work of the hosted artists. So far, the works published as part of the series include the book by the Syrian writer, ICORN fellow, Kholoud Charaf, “Return to the Mountains. A Journal in the Shadow of War” (Polish translation by Marek Dziekan) and, in cooperation with Znak Publishing House, a volume of poetry by Charaf “Reversed sky” (Polish translation by Marek Dziekan, Paweł Łyżwiński), and also, in cooperation with Austeria Publishing House, “A book for writing. Villa Decius”, an elegant notebook containing texts and quotes related to Villa Decius and photographs by a French artist Pierre Vallet, the scholar of the Artistic Residencies of the Villa Decius Institute for Culture. This year, we plan to publish, in cooperation with Lokator Publishing House based in Krakow, a volume of poetry by Aaiún Nin, the Angolan poet and the current ICORN scholar in Krakow.
Tweet 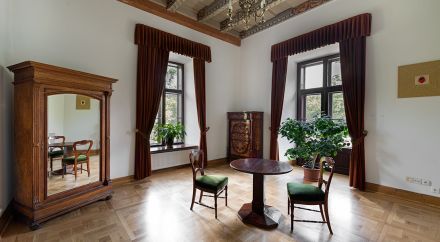 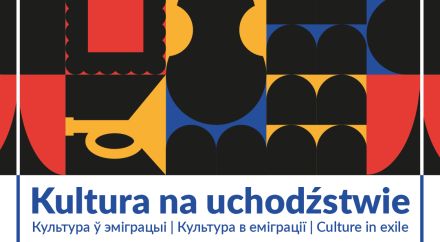 We invite you to the concert and the poetry meeting. show more