The Villa Artis Online cycle popularises the heritage of European and Polish art in a virtual space. It introduces the silhouettes of prominent Cracovian creators of international recognition, as well as artists from other countries living and fostering their craft in our city. It presents arts events enshrouded in history and the virtues of the antique Villa Decius, simultaneously allowing the creators to come forward and speak from a personal place and to give their audiences a little taste of the various facets of culture.

The idea for the musical miniatures produced and being produced as part of the cycle was born at the peak of isolation, when less and less was ever possible and the rooms of Villa had turned abandoned. So, to these sadly spoken villa spaces comes an artist who knows this place, where he has already performed in a full room, and offers some interpretation of his own. We have carefully picked the artists to be invited to this project; each also picked a repertoire in relation to the Villa itself. A concert in an empty hall is a sort of manifesto—verbalizing the longing for an audience, for a guest.
The first episode of the Villa Artis Online cycle is devoted to the music of Frédéric Chopin and alludes to the patriotic salon arranged at Villa Decius by Princess Marcelina Czartoryska, an apprentice of the composer and a woman famous across Europe as incredibly talented and as one of the most excellent interpreters of his works. 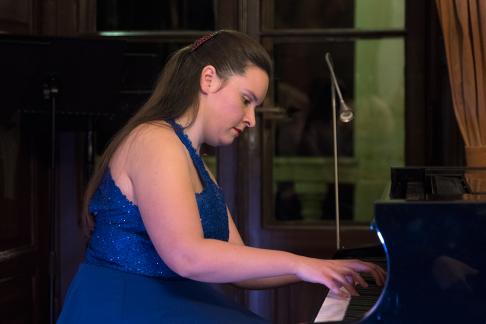