Villa Decius and the Jagiellonian University welcome a new resident! 08.11.2022

The third edition of Scholars at Risk 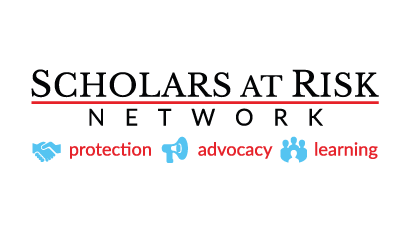 In July 2020, IKWD, in cooperation with Jagiellonian University, launched the Scholars at Risk (SAR) International Network Residency Program. As part of the first two editions, Krakow hosted Prof. Candan Badem and Prof. Fulyia Atacan, both from Turkey, who, as a result of signing a public petition calling on the Turkish authorities to resume dialogue with factions in the southeastern part of the country, were accused of treason and removed from their universities and excluded from all public universities and government offices.
October saw the launch of the third edition of the program, within the framework of which,  Olga Smolnytska, PhD., a Ukrainian philologist, translator, poet and lyricist who was forced to leave Ukraine due to the outbreak of war, will hold a residency in Krakow.

The acceptance of the new third SAR grantee was commented on by Dominika Kasprowicz, PhD, Professor of the Jagiellonian University, Director of the Villa Decius Institute for Culture:
We are very pleased to have the opportunity to help the scientific community, especially in this year - the year of war in Ukraine, support for Ukrainian scholars and researchers who cannot continue their work is especially important. Olga Smolnytska, PhD., at Villa Decius will meet a multicultural and interdisciplinary group of writers, screenwriters, translators, artists, and I hope that this environment, on par with the university environment, will be welcoming and inspiring to her.

During her fellowship stay, Olga Smolnytska, PhD. will have the opportunity to continue her scientific work and establish cooperation with other researchers, not only from the Krakow university community. This aspect is emphasized by Prof. Beata Kowalska, Spokesperson for Academic Rights and Values (UJ representative at SAR):
Olga Smolnytska's academic resume is truly impressive. She is the author of more than 300 publications, winner of numerous literary prizes, and an acclaimed translator. Her works have been translated into Spanish, Portuguese, German and English. I firmly believe that her stay in Krakow will be intellectually fruitful not only for her, but for the university and the city. 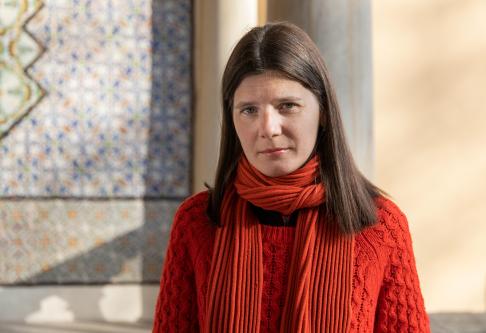 Olga Smolnytska (Ukr. Ольга Олександрівна Смольницька) – Ukrainian philologist and philosopher, Leading Researcher of Maxim Rylsky Literature-Memorial Museum in Kyiv. Candidate of philosophical sciences (Ukrainian Studies). Scientist (scholar), writer, translator and literary critic, the author of eight Ukrainian books. (“The Angel of the Night” 2009; “I Shall Find Changeable Comet” 2009; “Lilies for Nila” 2012 etc.). Since 2012 member of National Union of Ukrainian Writers, since 2018 member of the International Council of Museums (ICOM); since 2017 member of the Ukrainian Kipling Society. Winner of the Andrey Sheptytsky Stipend 2021, since 2022 member of the Stowarzyszenie Tłumaczy Literatury. Winner of the "Winged Lion" prose prize (Lviv, 2017) and other competitions and prizes. Author of more than 300 scientific publications, her works and poetry are translated into Spanish, Portuguese, German and English. Due to the outbreak of war between Russia and Ukraine (2022) forced to delay her residence. She is staying for a temporary stay in Switzerland. From October 2022, a scholarship holder of the SAR (Scholars at Risk) program implemented in Krakow, Poland, by the Jagiellonian University and the Villa Decius Institute for Culture.